You are using an unsupported browser. Please switch to a different browser to get the best experience.

PDI is focused on delivering long-term sustainable value to our broad range of stakeholders via the development of the Bankan Gold Project in the Siguiri Basin, Guinea.

Having taken the Bankan Gold Project to over 4.2Moz Au of Mineral Resource (Inferred) in just two years, PDI is focused on developing the Project into a Tier 1 gold mine; growing the size and quality of the Mineral Resource at the NEB and BC deposits through infill drilling and near mine exploration, as well as exploring for other gold deposits in the 35km long super structure that runs through the Bankan permits.

To become one of the largest gold mines in West Africa, PDI needs to not only minimise the environmental impact of the mine but provide a sustainable approach to protecting and enhancing the natural and social ecosystems within and outside of PDI’s mining area of influence. To achieve this, we require the cooperation and support from all our stakeholders whilst building on the steady progress already made hand in hand with these crucial groups. The Company has initiated an Environmental and Social Impact Assessment (ESIA) and has commenced baseline environmental and biodiversity studies ahead of the next phase of the project’s development.

PDI has also commenced a Scoping Study on the Project, which is due to be completed in the second half of 2023.

PDI has built a highly competent team at Board and Management levels, bringing in core skill sets that include mine-building engineering, capital markets, modern exploration as well as highly qualified sustainability and ESG-related competencies.

PDI believes the Bankan Gold Project is only the beginning of the discovery journey and we remain firmly committed to building a business which will position Guinea as a key participant in Africa’s fast developing gold sector. 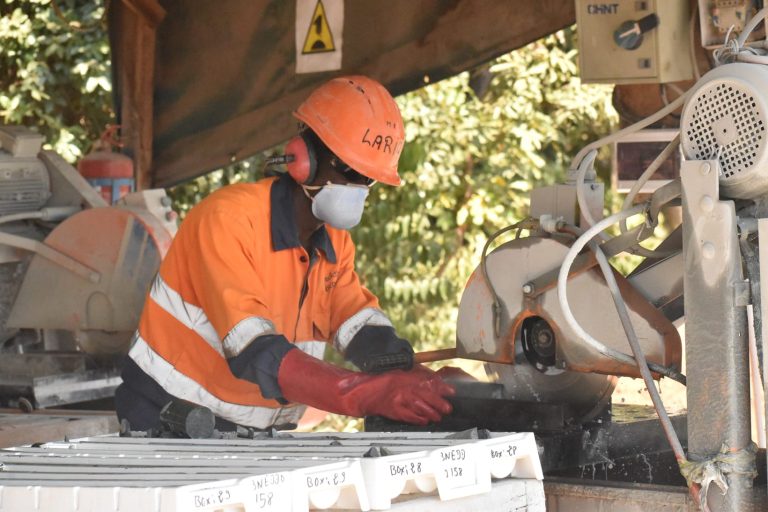 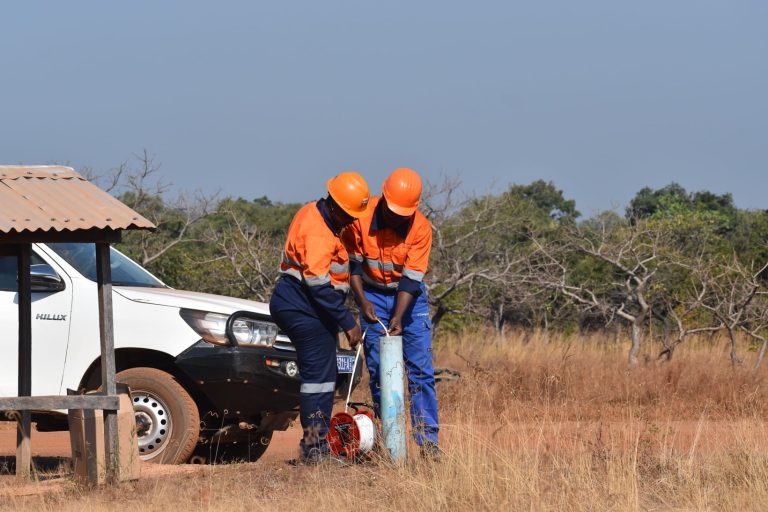 PDI is defined by its core values of Respect – for individuals, environment and community, Teamwork and Excellence

These are the values that guide our internal decision making and our relationships with external stakeholders. We aim to not only protect but to promote and champion the territories, environments and communities within which we work. 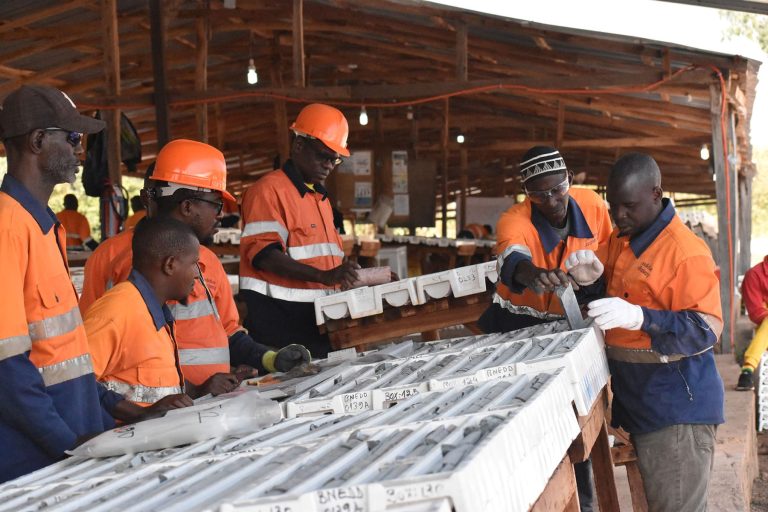 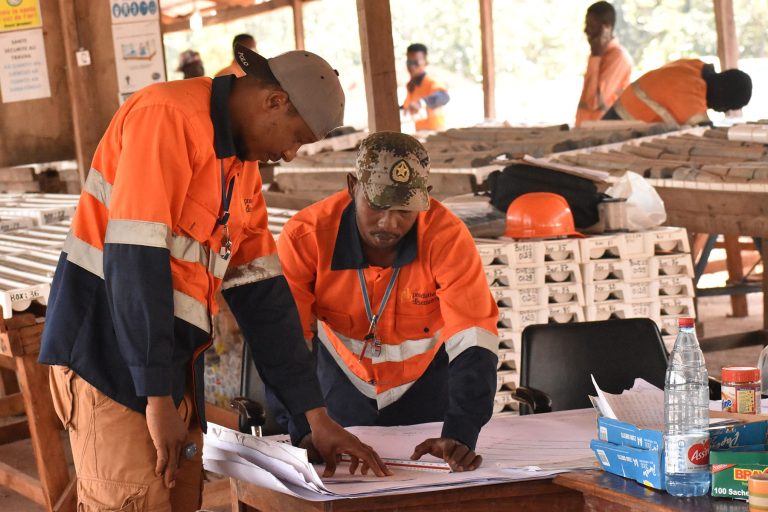 Simon Jackson
Non-executive Chairman (Independent)
Simon is a Chartered Accountant with over 25 years’ experience in management of resource companies, particularly in Africa. He was a senior member of the management team of TSX listed Red Back Mining, a company that financed, developed and operated two gold mines in West Africa culminating in a CAD$9.3 billion takeover by TSX/NYSE listed Kinross Gold in 2010. He was then founding President & CEO and later Chairman of TSX-V listed Orca Gold, which discovered the Block 14 gold project in Sudan and was acquired by ASX listed Perseus Mining in May 2022. Simon is currently Non-executive Chairman of TSX-V/ASX listed Sarama Resources, a Non-executive Director of ASX/LSE listed Resolute Mining and has been a director of multiple ASX and TSX listed companies.

Andrew Pardey
Managing Director
Andrew is a geologist with more than 30 years’ experience covering exploration, project development, construction and operation. He served as the CEO of the $2 billion LSE/TSX listed Centamin, which owns the major (450koz pa) Sukari Gold Mine in Egypt. Andrew was a major driving force in bringing Sukari into production, having joined during the transition of the operation from construction into production. He also held senior management roles at the Anglogold-Ashanti Siguiri Mine and Nordgold Lefa Mine, both of which are located within Guinea’s Siguiri Basin, which also hosts PDI’s Bankan Project.

Sandra Bates
Non-executive Director (Independent)
Sandra is a commercial and strategic international lawyer with over 20 years’ experience advising management teams and boards of both listed and private companies in the UK and internationally. She is a risk assessment specialist and brings extensive experience of guiding clients in the natural resources sector through complex negotiations often with a cross-cultural element, as well as ESG advisory. Sandra is a Non-Executive Director of ASX/LSE listed Adriatic Metals and General Counsel of TSX-V listed Elemental Altus Royalties.

Andrew Pardey
Managing Director
Refer to description in the Board section.

Pierre Louw
Chief Financial Officer
Pierre has over 35 years’ experience in Africa, including Tanzania, Egypt, Zambia and South Africa. He was previously Chief Financial Officer for LSE/TSX listed Centamin, Financial Director of the Lumwana Mining Company in Zambia (Equinox), and Finance and Business Manager of Geita Gold Mine, Tanzania.

Marlyatou Balde
Country Manager
Marlyatou is a geologist with more than 25 years’ experience both in Guinea and internationally, holding senior roles with AngloGold Ashanti, Barrick and BHP. Most recently, she worked as Technical Advisor to Guinea’s Minister of Mines and Geology.

Andre Pieters
ESG Manager
Andre is an environmental specialist with +20 years’ experience in infrastructure development and mining, including at TSX/NYSE listed Kinross Gold’s Tasiast mine. Most recently he worked in Guinea, leading the environmental compliance program for a major bauxite exporter.

Norman Bailie
Manager of Geology
Norm is a high-calibre geologist with extensive African experience including a complete understanding of the development path from grass roots exploration through to reserve definition and development. Norm has a distinguished track record in exploration management internationally and has driven successful exploration growth at a number of major African mines including Sukari, Tasiast and Chirano.

Chris Boreham
Project Feasibility Manager
Chris is a mining engineer with +30 years’ experience in hard rock mining underground and open pit, with extensive experience in gold and copper mines, narrow view and bulk deposits and delivering successful feasibility studies across Australia, China and Africa. Previously he was General Manager of the Sukari Gold Mine.

Listing on the Australian Securities Exchange in December 2010 as a gold and mineral exploration company, PDI is proud of the journey made from explorer to developer.

PDI commenced assembling the Bankan Gold Project licences as well as other licences within the Siguiri Basin in mid-2019.

Since the Bankan gold discovery in 2020, PDI has built highly competent team at Board and Management levels, bringing in core skill sets that include mine-building and engineering, capital market expertise, modern exploration as well as highly qualified sustainability and ESG-related competencies.

Following a highly oversubscribed placement in June 2022, raising a $55m, PDI is well positioned to progress its strategy to sustainably develop a Tier 1 gold mine at the Bankan Project. PDI’s current focus is to continue expanding its resource base, conduct further exploration across its underexplored and highly prospective permits, progress ESG workstreams and complete a Scoping Study in the second half of 2023. 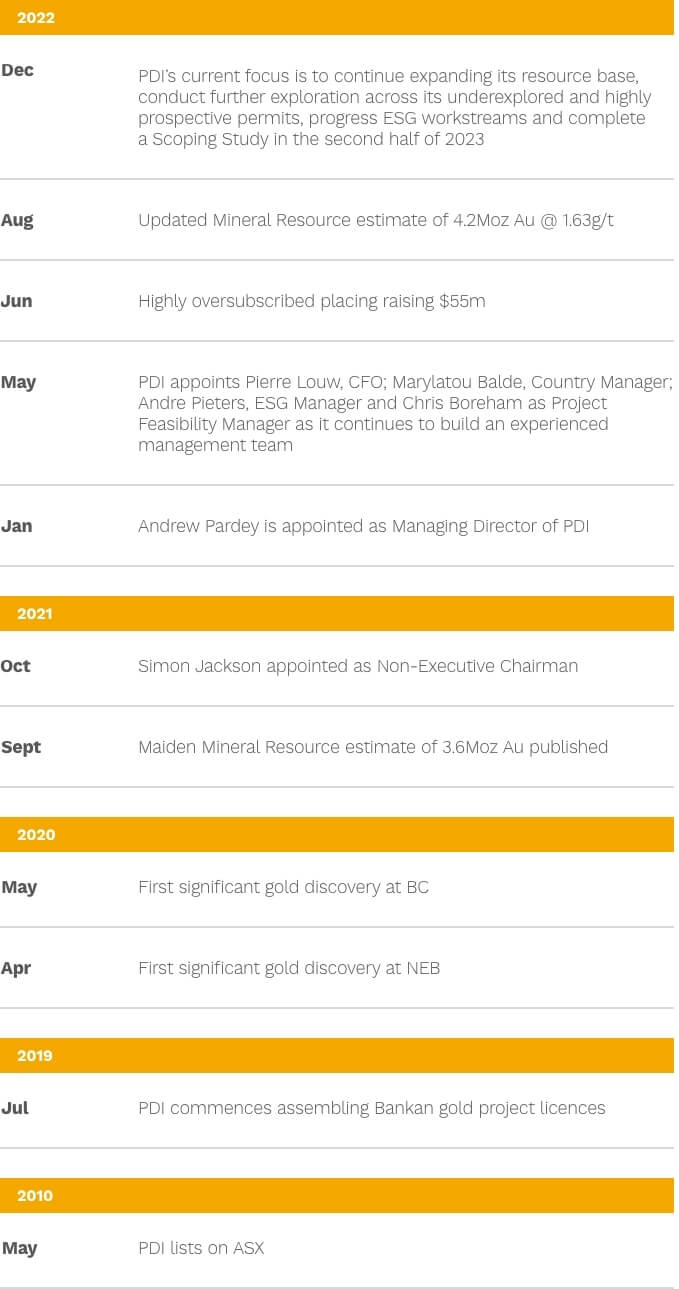